Although it is currently late at night, many students in class are wide awake and ready for the exam. In the corner of the room, Professor Turing is excitedly showing Professor Rogers an autographed copy of one of Dr. Mansour’s books. He checks his timepiece, and once it is time for class to start, he walks to the lecturer’s table and begins to speak.

Good evening, everyone, and thank you for coming to class today. As you know, today you will be taking the final exam. Before the exam, however, Professor Rogers and I will be discussing the lives of two of the astronomers mentioned in class this year. In the interest of time, I will have Professor Rogers talk first.

Sometimes when discussing the amazing achievements of wizarding astronomers in the past, we lose sight of the personalities who are responsible for the magical astronomy discoveries and insights that we know today. We are thus privileged today to listen Professor Rogers’ first-hand experience in interacting with Dr. Mansour. Please welcome Professor Rogers.

Hello everyone! My name is Professor Rogers, a former professor of Transfiguration at Hogwarts. Professor Turing asked me to come and further your knowledge on the ever so lovely Dr. Ayesha S. Mansour, whom you heard about in Lesson Four. She was a dear friend of my aunt, and I had the pleasure of getting to work with her one summer before finishing my education! She truly was a delightful lady… Does anyone remember what she did? If so, wonderful! If not, we will be discussing it again here, so don’t worry!

Dr. Mansour was born in England to an American father and an English mother on July 30, 1929. She spent most of her childhood in Stamford, but once she became of school age, her parents decided that they wanted her to attend Hogwarts School of Witchcraft and Wizardry, where her mother received her education. Her father was a Muggle, and her mother wanted first-hand knowledge of the education that her daughter would be getting. Thus they would travel between England and the United States, wanting her familiar with the UK before sending her off to school alone.

When she was eleven, she was sent to Hogwarts, where she was sorted into Hufflepuff House. She had been nervous about her sorting, but was happy with the house that she now refers to as being her home away from home during her schooling. She always had an extremely bubbly and joking personality, something that made her well liked among other students.

Dr. Mansour had never been a poor student, but to say that she was a star pupil was a small stretch. However, when she began Astronomy class, something clicked. She fell in love with the subject within the first few weeks of class and began studying independently with her professor. She constantly craved new knowledge about the subject, even in aspects that had not yet been discovered in either Wizard or Muggle Astronomy. She stayed with the subject all through her schooling, finishing with Outstanding marks each year, including her N.E.W.T.’s. This led her to go into Astronomy research as soon as she graduated Hogwarts, still desiring more knowledge on the subject!

She worked with a group of other Wizard Astronomers for a few years before leaving to pursue her own research. She did so for nearly ten years before making her big discovery. Dr. Mansour is known within the Astronomy community for her discovery of A.M.E. From there, you know the rest of the story!

Thank you for allowing me to visit within your classroom and I hope you have a wonderful rest of your lesson!

Thank you, Professor Rogers. Let’s have a round of applause for her. 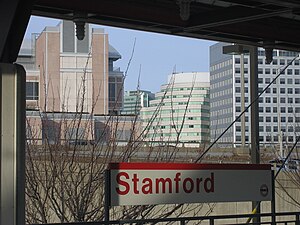 As you can hear from Professor Rogers’ story, anyone can be an astronomer. Our stereotype of astronomers is a pensive, introverted male who loves to gaze into the starry sky. He seems to have a calm demeanor, but he is also very logical and soft-spoken. He would probably be a Ravenclaw if he had been a Hogwarts student.

That is, of course, a stereotype. As you can see, Dr. Mansour did not fit the stereotype. She was bubbly and extroverted, and she had a great sense of humor. Many say that her enthusiasm was contagious, and she could fill a room with her excitement for Astronomy.

While Dr. Mansour moved to the wizarding portion of Stamford after her graduation, she regularly enjoyed venturing to the Muggle portions of the city. In fact, she often mentioned that she got her best ideas walking down the Muggle streets and visiting Muggle cafes.

The second person that we will be learning about today is George von Rheticus, a wizarding Astronomer. Here, I have a print of his portrait. Where may have you seen this portrait? Yes, this image is taken from one of the magical portraits in our school. Did you know that von Rheticus was the only student of Nicholas Copernicus, the famous Muggle Astronomer?

Let’s talk a little about von Rheticus’ mentor, Copernicus. Copernicus was a Muggle Astronomer who first argued that the Sun, not the Earth was the center of our solar system. For thousands of years, many people believed Ptolemy’s model of the universe - namely, that the Earth is at the center of the universe. Now, Ptolemy is an important person when it comes to Astronomy - after all, we do have a chocolate frog card named after him - but he was definitely wrong when it comes to his model of the Solar System . Only after many years of research and study was Copernicus able to propose an alternative - that the Earth revolved around the Sun, not vice versa.

If it were not for von Rheticus’ work, Copernicus’ ideas may not have been published. Copernicus’ Sun-centric concepts were published in his most famous work, On the Revolutions of the Heavenly Spheres. Von Rheticus played a major role in the publishing of the book.

Von Rheticus was also known for two other things - his love for (and work with) triangles, and his work in making astronomical instruments. While telescopes did not become very useful until a century later, von Rheticus made other Muggle and Magical astronomical instruments. He also did a large amount of work in trigonometry, which is a branch of mathematics that focuses on using triangles to solve problems.

As for von Rheticus’ personality, we do not know for sure. Assuming that the portrait artist captured von Rheticus’ personality - and you will learn more about magical portraits in Magical Art - von Rheticus seemed to like helping others except those that he called “scoundrels”. Sometimes, to prove that you are good person, he will require you to answer an Astronomy question. Perhaps he developed this attitude due to his own personal relationship with his father, who was quite a scoundrel.

Thank you for being part of my class this term. This has been an amazing year, and I am so happy to have everyone in class. Next year, I will be talking about the Moon and it’s effect on the Earth. There will be lessons on eclipses, magical plants, Mooncalves, and much more. I am super excited to be teaching everyone here next year.

I will be passing out the finals right now. After you complete them, you may leave the class. Good luck!

Ever wonder what is beyond this Earth? Yes, the night sky may be beautiful, but knowledge of the heavens will also help you become a better witch or wizard. In Year One, you will observe the skies with a magical telescope, learn about our solar system neighbors, and discover how magic reflected off astronomical objects can affect us all on Earth. Come join us in Astronomy 101 - it’s an out of this world adventure!