Lesson 4) The Island of Netherland

The next creature we will learn about is the fairy. As is common knowledge, I’m sure, to most of you, they are small, human-like creatures with wings that are found throughout the world. They range anywhere from one to five inches in height. Fairies, like most creatures we will study, are important to the wizarding world because of their use in potions. 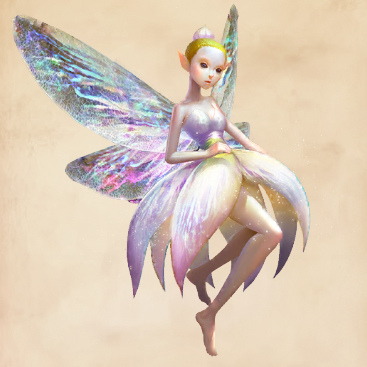 Before jumping in, I would like to discuss the Muggle lore that surrounds these creatures, which is quite popular in Europe. Fairy, faery, and faerie are the most common spellings used. Each culture looks at fairies differently: some call creatures like goblins and ghouls “fairies,” whereas others worship them as minor deities in very early religions. At one point, fairies were even thought to be spirits, representing dead ancestors. While the Muggle world cannot pinpoint when these myths began, the wizarding world recognizes fairies as being Welsh in origin because of the first recorded sightings.

The first thing to know about fairies is that they are incredibly vain creatures. They are constantly grooming themselves and get very perturbed when their wings are removed because they believe it makes them ugly. If you do not let a fairy primp and groom themselves, they will not allow you to harvest the wings. Fairies see their wings as the source of their beauty, so be sure to keep that in mind when raising them for wing collection.

Their vanity also plays a part in whether or not the fairy wears clothes. Some fairies seem to believe their bodies are incredibly beautiful, and wear barely anything. Others dress themselves in colorful leaves and flower petals, the bright colors meant to attract you to them, further feeding into their self worth.

If you are keeping fairies as a wing supplier, it is important to have a small mirror in with them. Usually, you should have one mirror per fairy, because they all want to be grooming themselves at once, and fights over mirrors will ensue if there is not enough for everyone. The mirrors will keep them happy, and a happy fairy means they will be more tolerant during the wing removal process.

Fairies live in forests, so any indoor habitat should contain plenty of bushes or small trees. They feed off of leaves, and will consume any and all leaves. Fairies are mildly intelligent, and if they see a certain type of leaf is causing them pain or illness, like the leaves of poison ivy, they will not consume the leaves anymore. Mostly, they will consume the leaves on the trees and bushes nearby unless a Bowtruckle is living on the tree. If a Bowtruckle is living on the tree, they will avoid the tree at all costs to prevent Bowtruckles from stealing any eggs that they lay. As we learned last week, fairy eggs are considered a delicacy to Bowtruckles. 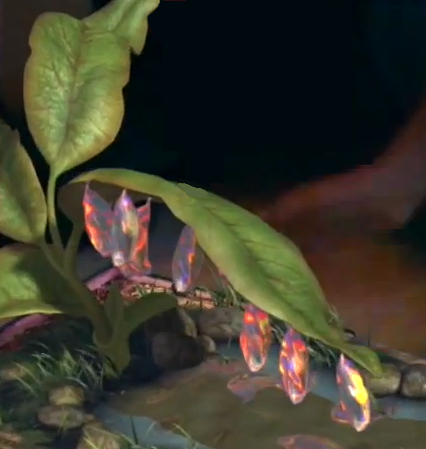 Fairies lay eggs, even though they resemble a mammal. The eggs are laid on the underside of leaves and guarded  heavily, so Bowtruckles do not consume them. They will lay up to fifty eggs at a time. After the eggs hatch, the young will hang around with their parents until they are ready to change into a cocoon. Between six and ten days after birth, they spin a colorful cocoon. After hatching out of it one month, or twenty-eight to thirty-one days, later they have adult wings. 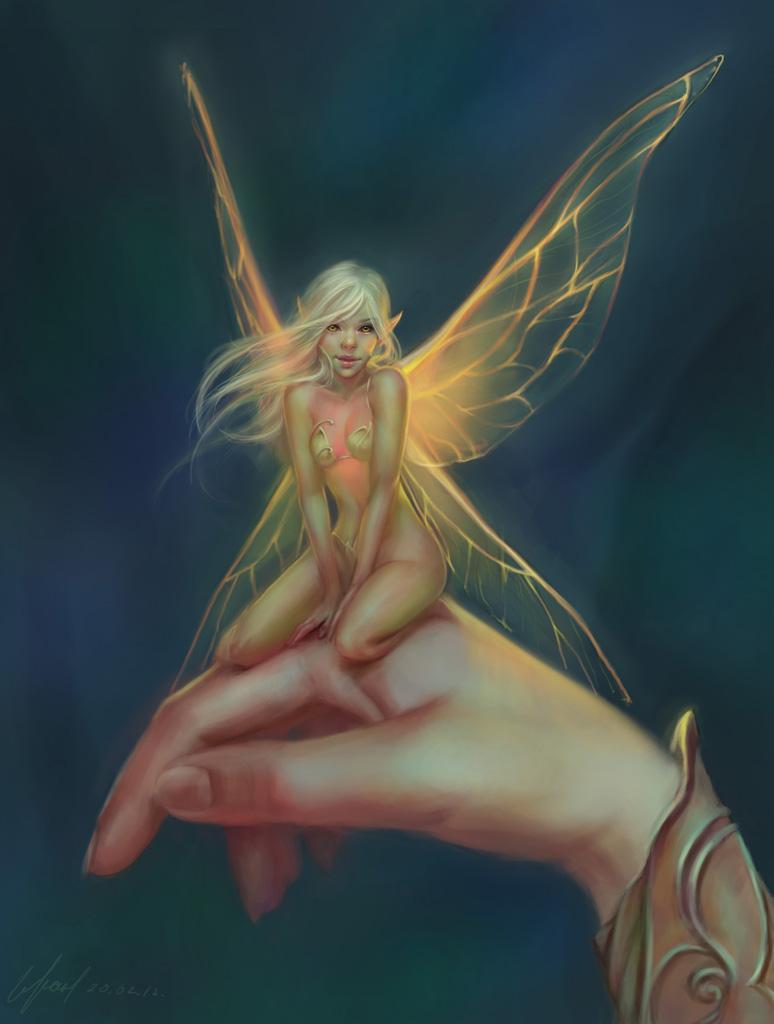 On rare occasions, fairy wings never take on color. You may also notice these fairies have lighter hair, skin, and eyes. This kind of appearance is seen in other creatures as well, both in the magical and mundane worlds. Albinism, or the lack of pigment in the skin, is seen in about 5% of fairies in the magical world. Their wings are just as potent as colored wings in potions, however, it is best to separate them when selling fairy wings to apothecaries. Many will refuse to sell transparent wings, as it has been a long-standing myth in society that they are ineffective in potions. Some potioneers will actually seek them out because shops that have them will sell them at a lower price to get rid of them quickly, making the ingredient more cost-effective to the potioneer.

Fairy mating is very straight forward. A male fairy, who typically has facial hair, compliments the female by pointing at her wings and nodding. If the female likes the male, she nods back. The two fairies will then move into the bushes. If the female does not like the male, she buzzes at him until he leaves. If the male is successful, then they mate like other mammals. 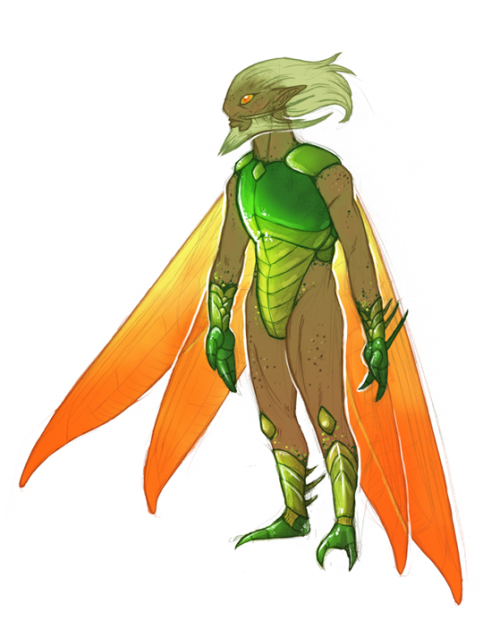 If one is considering keeping them for the wing trade, you don’t have to obtain a license. You can buy fairies from many breeders in Diagon Alley, or from potioneers. Fairy wings are considered precious, so you must keep the wings nice if you are trying to sell them.

It is best to have a three foot by three foot sized space for every fairy, which  requires a lot of space on the breeder’s part. Fairy wings grow back within four weeks, so you can always collect wings. It is recommended a fairy breeder keep anywhere between ten and thirty fairies, depending on your location and the size of your yard. While some breeders say that letting their wings grow for a longer period of time will make them larger, this is not true. Around the twenty-eight day mark, wings finish their growth and remain at that size. If you leave the wings on, they can become brittle and dry from natural wear and tear. In the wild, we see this happen frequently. Because fairies are cared for better in captivity, we don’t see this as much in potions ingredients. However, if a fairy’s wings break off, they will grow back, just like normal. However, they might have jagged edges, especially if there wasn’t a clean break.

Fairies live an average of twenty years, however, they do not look like they have lived a day longer than a ten year old child. They look very youthful, and this makes it hard to guess the age of a fairy. Signs that a fairy is starting to decline in health, and starting to pass away, are less active grooming and wings taking eight to twelve weeks to grow back fully. They also eat very little, and try to mate as often as they can. 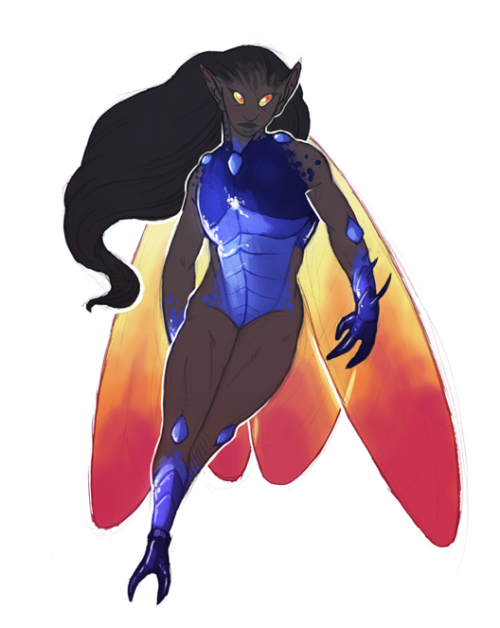 Fairy wings are used in several different potions. One well known potion is the Girding Potion, or the potion that gives the consumer extra endurance. The larger the wings, the better the effect they have on the potion in question, so make sure to let fairy wings grow the full four weeks before pulling them off. You can sell fairy wings to potioneers, as a supplier, or keep them for yourself for the next time you need them. Fairy wings have a shelf life of up to two years, depending on how well they are preserved. It is best to keep them in a cool room with a humidity level at about 50%, so the wings will not dry out and crumble.

That concludes today’s lesson! A short quiz will now be available to take. It is ten questions, all on the lecture, so please try not to look back while taking the quiz. There is also the optional flash assignment this week. Make sure to read the prompt carefully! Next week we will discuss the second pest of the year. Have a great week!