Hello again, Second Years! How has the past week been for you? Are you ready for the next lesson? Now that we have the grim business of witch-hunting out of the way, we can move onto more pleasant topics, like the founding of many famous (and some less famous) wizarding villages. Today, we will be covering the first half of our discussion on British wizarding villages, particularly Hogsmeade, Godric’s Hollow, and Mould-on-the-Wold.

What is a Wizarding Village?

Before we get too carried away though, you may be wondering what exactly I mean by a “wizarding village.” Many magical families live scattered throughout the Muggle population, not immediately knowing who is magical and who is not, or live more isolated areas with no neighbors at all. The first option is the most common. For example, in the large city of London, there are many magical folk that do their best to blend into the diverse group of citizens that make up the population. This is a practical option for many, as housing is abundant, and it is easy to disappear into the hubbub of a big city. There are others that choose the opposite side of the spectrum, choosing to go further out into the country (to varying degrees of isolation) to avoid having to interact with (and potentially expose them to) Muggles. Of course there is also middle ground, but you generally get the idea.

However, wizarding villages offer an alternative and come with their own distinct positives and challenges. These villages have a significant magical population and almost have a “counter-culture” or “subculture” of magical folk. In most wizarding villages, at least half of the population is magical, though there is a fair bit of wiggle room in that number. As you will learn later, most of these villages have been “approved” or at least documented by the Ministry of Magic. This is for a few reasons, including the fact that it allows the Department of Magical Accidents and Catastrophes to keep an eye on the area and be ready to react to any issues that arise. As a good rule of thumb, anything called a “wizarding village” is confirmed to have a magical population that makes up at least 30% of the inhabitants, though as inhabitants are free to come and go, this can change quickly. For this same reason, there are also villages, towns, or cities that suddenly acquire a large magical population that are not officially recognized, at least immediately.

Regardles of this flexibility and the amount of change that occurs, there are many long-standing wizarding villages in the United Kingdom. We’ll be looking at a few now.

I’m sure many of you are very familiar with Hogsmeade -- whether through the stories of other students, parents, or siblings -- but unfortunately, you’ll only be allowed to visit the village after you reach your Third Year. So, for now, you’ll have to settle for learning its history to appreciate the beauty of the place in the near future. 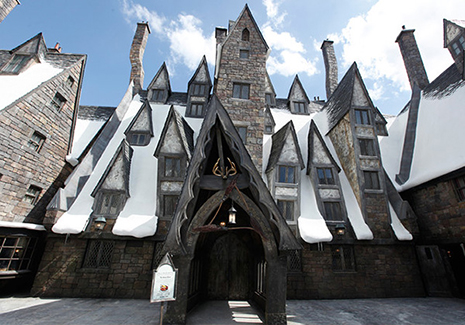 Hogsmeade is perhaps the most popular wizarding village in Britain, and it is also the only all-magical community in Britain, unlike communities within a larger Muggle city or region. Hogsmeade is located to the northwest of Hogwarts School of Witchcraft and Wizardry. If you look closely at the architecture of Hogsmeade, you will see most of it is from medieval times. One good example of a medieval building is the Three Broomsticks, an ancient inn, allegedly built on the site of Hogsmeade’s founder’s house.

The town was founded sometime between 1010 and 1030 by Hengist of Woodcroft, a medieval wizard. Hengist of Woodcroft was actually escaping to Scotland from witch-hunters in Northumberland, and was hoping to find an area of relative seclusion and safety. He is believed to have created his home where the The Three Broomsticks currently stands, but no sources have actually managed to confirm if this is a fact or a myth.

After the International Statute of Secrecy was signed in 1689, there was an influx of new residents escaping the witch-hunts, as well as finding places to actually hide from Muggles, as the new law indicated. Many of these found solace in Hogsmeade. For the most part, they remained there with their families and their descendents currently make up a large part of the population of our dear Hogsmeade today.

Hogsmeade also has a rich history, partly due to the connections it has with Hogwarts School of Witchcraft and Wizardry. Thus, the village has seen the growth of Hogwarts on a very personal level. As mentioned, Third Years and up have been allowed to visit Hogsmeade since 1500 CE. There have been times when this privilege was briefly suspended, namely during 1612 -- due to one of the Goblin Rebellions -- and again for the years 1997 through 1998, preceding and during the Battle of Hogwarts. In the Goblin Rebellion of 1612 (the first of many throughout wizarding history) The Three Broomsticks Inn was actually used as the wizards’ headquarters. Interestingly, it is also unknown if this or Hogwarts School of Witchcraft and Wizardry was named first, though most believe it is the former.

Throughout the school year of 1997 to 1998 and during the  Battle of Hogwarts on May 2nd , 1998, The Hog’s Head Inn was used to house members fighting at Hogwarts, as well as those living in Hogsmeade. It contained a secret passageway that let into Hogwarts’ Room of Requirement and served as a route for Order of the Phoenix members and supporters to enter the school to join the battle, as well as a means to evacuate underage students from the school at the final hour.

Godric’s Hollow is another, smaller wizarding village in the West Country of England. Despite not being a pure wizarding village, many wizards and witches still resided in Godric’s Hollow in large numbers, especially after the International Statute of Secrecy was taken into effect. However, magical folk still need to be wary of using their magic in the open so as to not startle any Muggle residents.

I’m sure that as students of Hogwarts, you would be able to recognise the name of the village and its origin is not too hard to guess. Godric’s Hollow, originally called Dark Hollow,  got its name from Godric Gryffindor. After the prominent wizard rose to fame and became the most well-known resident of the area, its was only natural that the Hollow began to be referred to as “Godric’s,” as he was quite proud of his home, and his home was quite proud of him . However, there were other influential figures that also lived there, such as the Dumbledores, the Peverells, Bowman Wright, the Potters, and Bathilda Bagshot. 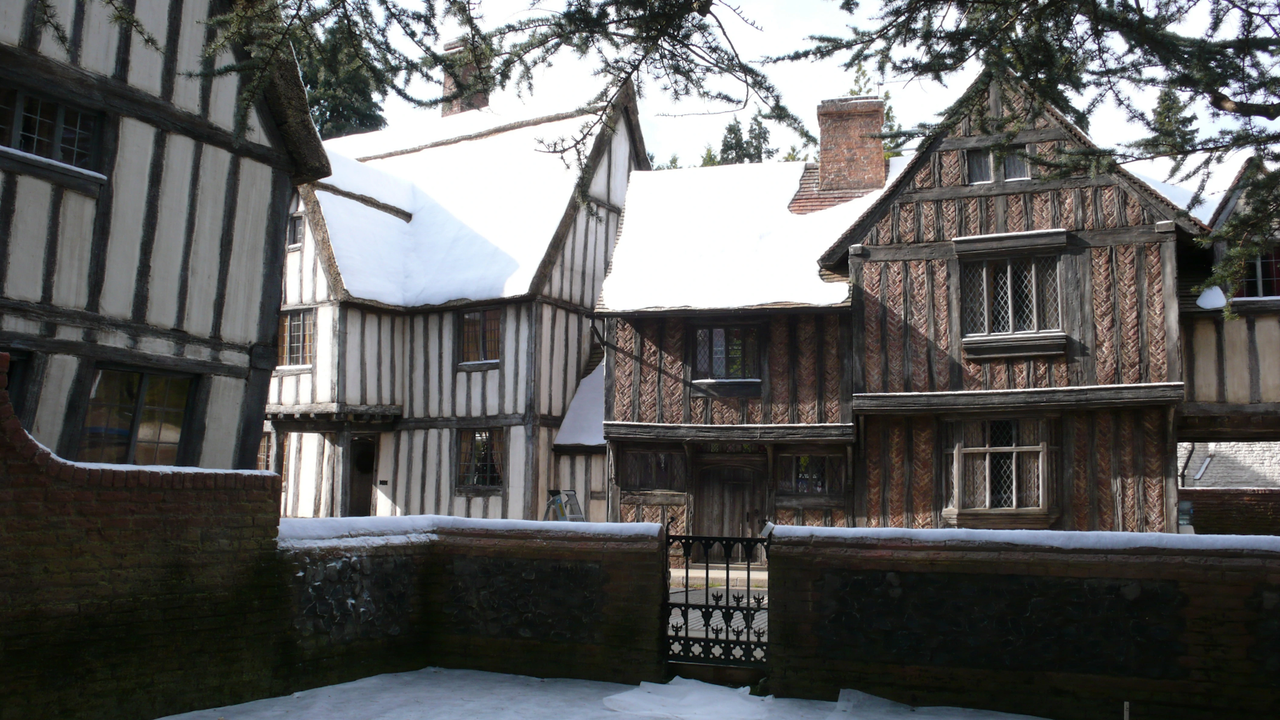 Godric’s Hollow is, as mentioned, not an all-wizarding village, despite its prominence, because the village was founded long before the Statute was put into place. There are issues that come with it, including an increased need for secrecy, especially considering that there are quite a few historical wizarding monuments that need concealing, such as the shell of the Potter household, and a statute to Godric Gryffindor. These monuments are not the only things that needed to be hidden from the Muggle occupants of Godric’s Hollow over the ages, however.

In 1899, there was a heated, three-way duel between two of the Dumbledore family -- Albus and Aberforth -- and Gellert Grindewald. As the trio were all talented young men fresh out of Hogwarts (or nearly) and emotions were running high, it’s no surprise that the duel was quite explosive. While the reason for the scuffle is subject only to rumor, there’s no doubt that it was a catastrophic event. The duel took quite a substantial amount of effort and magical skill to cover up from Muggles and ended in the casualty of a third Dumbledore sibling, a sister. All told, this event painted the three men with a black mark on their records in the eyes of their magical peers.

In the vein of hard-to-cover-up catastrophes, it would be impossible to mention Godric’s Hollow without the events of the 31st of October in 1981. On the evening of that day, He-Who-Must-Not-Be-Named, a powerful dark wizard murdered two of this town’s inhabitants, James and Lily Potter, and destroyed their house in a devastating explosion of magic. While murder and destruction was not at all unusual for You-Know-Who, this particular instance is worth a mention as it was his last for many years. His inability to kill the couple’s child, known around the world today as Harry Potter, was his downfall and, for a time, he was believed to be dead. Though, as you know and as we will discuss in more detail in later years, he most certainly was not. 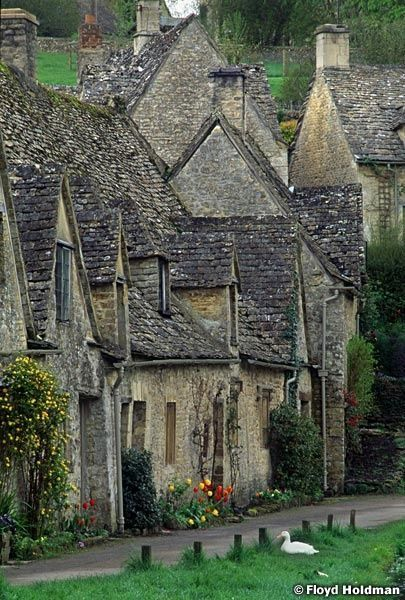 Whilst Hogsmeade and Godric’s Hollow are more well-known villages, Mould-on-the-Wold is lesser known, but just as important. It is located in southwest England, and its smaller size and relative seclusion from the hustle and bustle of city life has been quite appealing to many wizarding families over the years. Its isolation offers a bit more room to experiment with magic without fear of thousands of Muggle witnesses on a single streetcorner, and the distance between neighbors and houses means that wizarding families can keep to themselves much more easily, though they are often labelled as a bit eccentric. Because of these perks, this town (and many like it) attracted quite a few that dabbled in magical inventions, potioneering, and general magical experimentation. Some of the most recognizable of these are the Dumbledores (the family later moved to Godric’s Hollow, as mentioned), the Fergus family, and the Serapis.

It was founded in the early 1700s, formed relatively late when compared to many of the other wizarding villages. For a time, many believed that the Dumbledore family was the key to its official founding. However, after one of the family’s members -- Percival Dumbledore -- endangered the secrecy of the magical community there (as well as witches and wizards at large) by openly attacking some Muggle children with magic, this hypothesis quickly lost its appeal. The topic was not picked up again until Percival’s son -- the aforementioned Albus Dumbledore who was headmaster of this very school not long ago -- achieved the height of his fame.

Ah, that marks the end of this week’s lesson! I hope I’ve whetted your appetite for more. Next week, we will be covering another three wizarding villages. I’ll see you then!