Fantastic Beast of the Issue - The Erlking

Fantastic Beast of the Issue - The Erlking 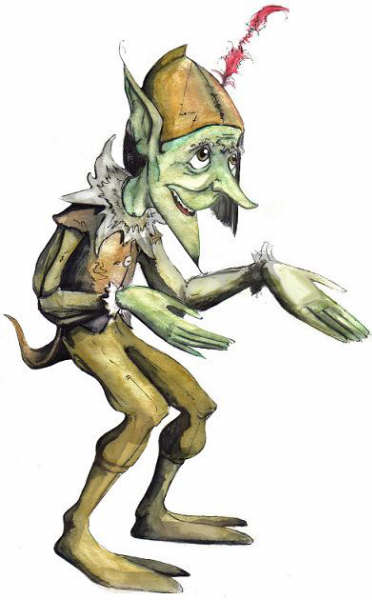 Erlkings are amongst some of the less well known creatures of the wizarding world, however they are no less interesting - their M.O.M. Classification of XXXX definitely leaves one curious as what the real nature of this seemingly-harmless elf-like creature is.

Erlkings have this high rating of XXXX (dangerous) due to their particular affinity for children - in particular, their taste. They have a particularly high-pitched cackle which attracts the attention of children, but leaves the adults they are with completely oblivious, as the pitch is too high for them to hear. To accompany this high-pitched cackle, they have a sharp face and a pointed nose, much like other elves and elf-like creatures.

Erlkings are some of few magical creatures that can speak the human tongue, which - along with their appearance - has led magizoologists to wonder whether they might be related to House Elves. They are not thought to be related to gnomes, however, as they have a higher intelligence and are much larger (erlkings are around 3 feet high on average, whilst gnomes tend to be a maximum of 1 foot).

Erlkings are found in Germany, and are kept under strict controls by the German Ministry of Magic to maintain the safety of young people in the country. These controls have worked well, and the number of recorded erlking attacks has drastically reduced over the past centuries. The last known attack was upon a six year old boy named Bruno Schmidt, but it resulted in the death of the erlking rather than the Schmidt, as he managed to hit it over the head with his father’s collapsible cauldron.